Exclusive images and review of the #Moonwalk walk the walk against breast cancer 2013. 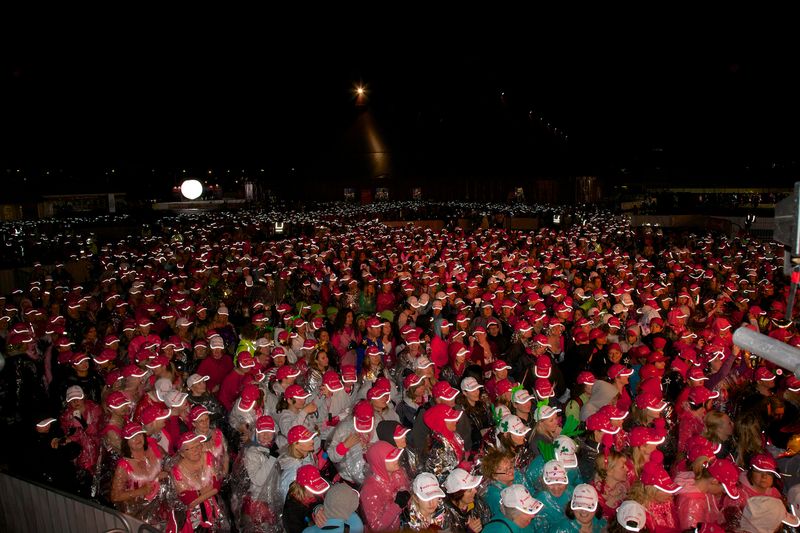 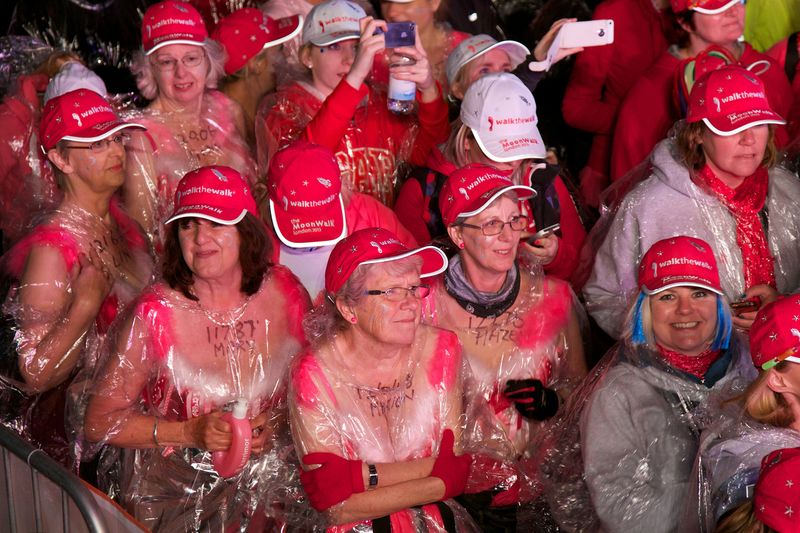 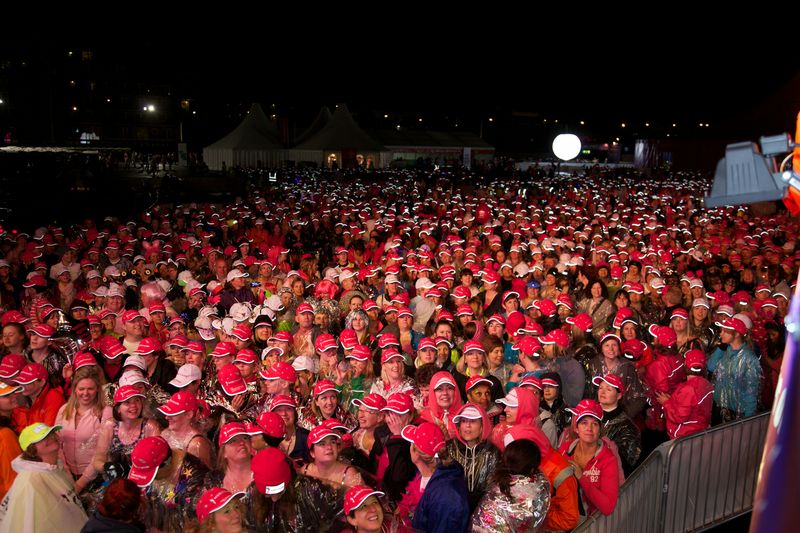 The night was cold and it was raining . The scene was electric nevertheless, everything had to fall in place rain or not. The 17,000 men and women were determined to walk the walk, to beat the monster -Breast cancer. Even before a foot was set on the starting line, a staggering £3 million had been raised.  Astonishing. Power walkers set off from the Battersea power station to take part in the moon walk organised by grant-making breast cancer charity - Walk the Walk. 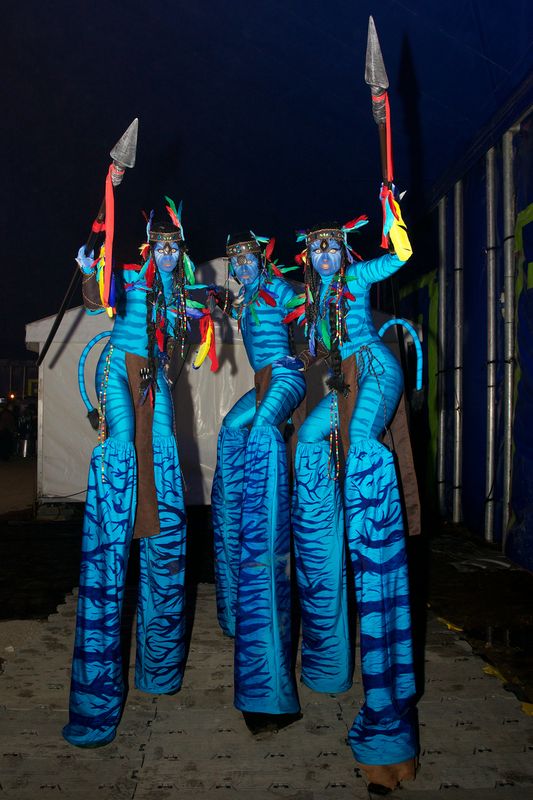 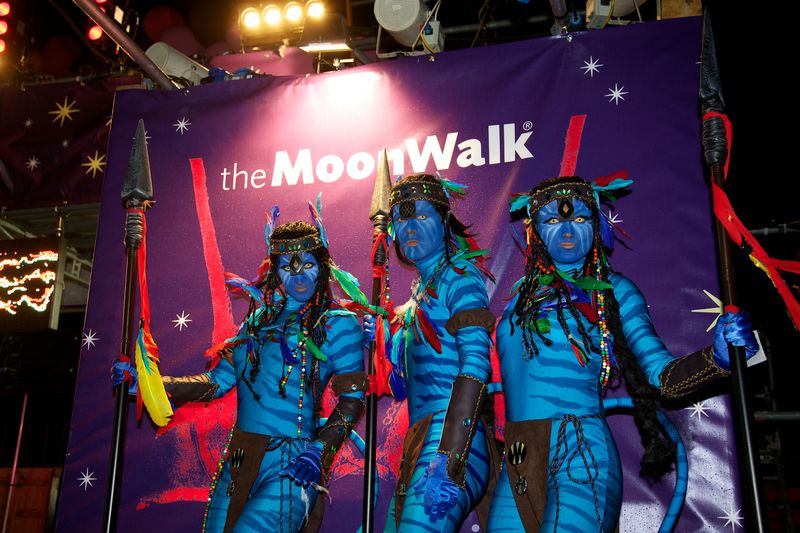 Themed fly me to the moon and truly these women were flown to the moon in thousands with brightly decorated bras. Some walking a full moon and others walking a half moon. You could see everything and anything including the aliens and the astronauts celebrities and the media were studded. Even the charity founder  Nina Barough CBE was wearing a bra specifically designed for the night by Julien Macdonald.
But embarrassingly, my black men and women were not represented. Only 3 were spotted leaving us with the where are, why are and so on questions unanswered.

And there were celebrities... 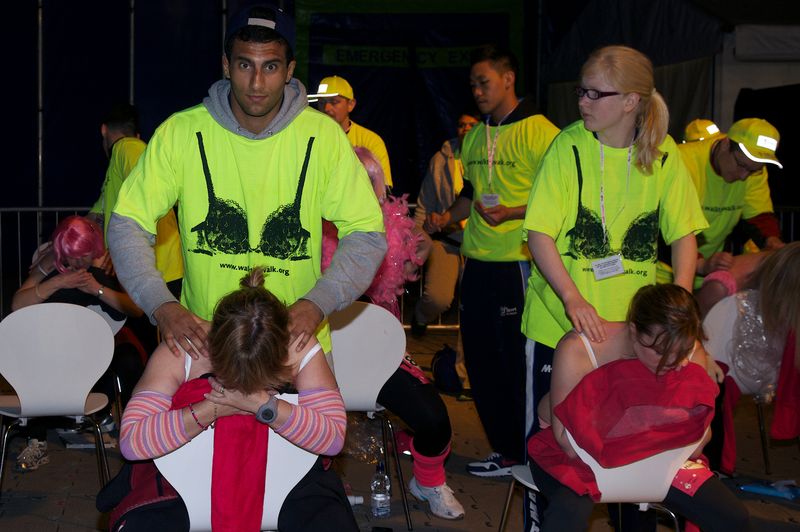 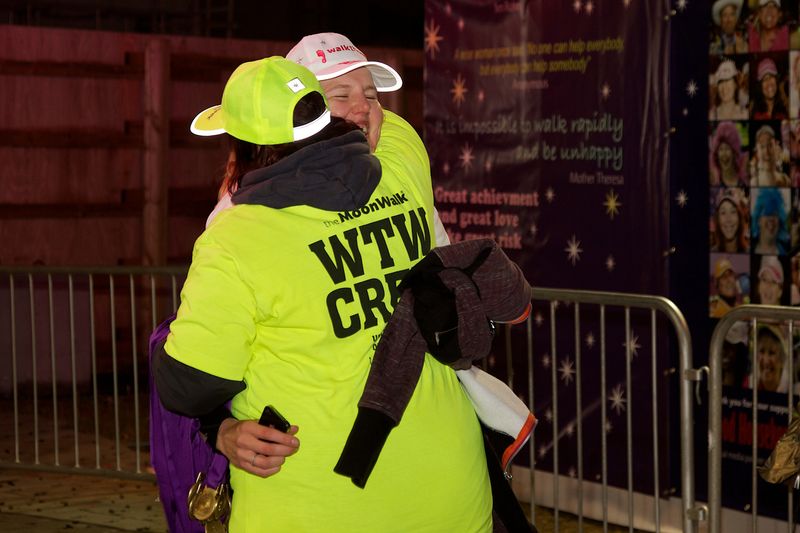 Some got their backs rubbed and massaged. Others were so tired. Some came back all by themselves and others got a hug or two. 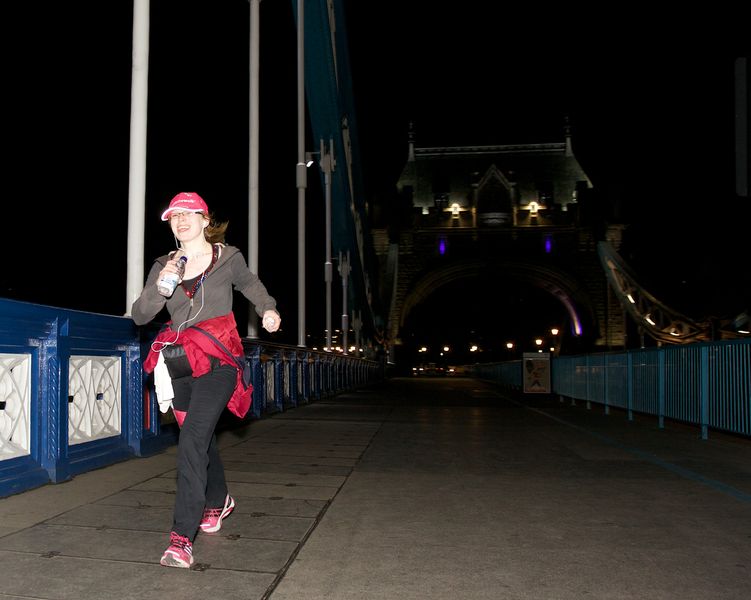 She came back all alone but we got her on camera. 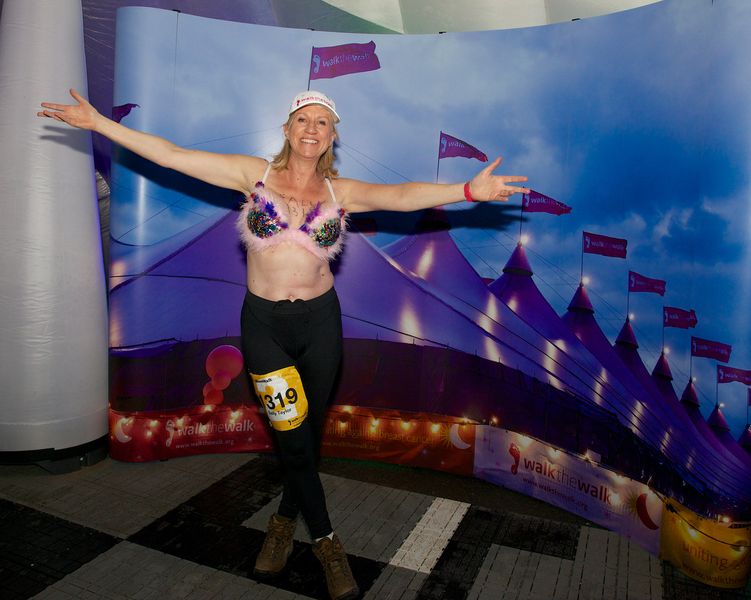 And most came back so excited that they made it to the finish line full moon or half moon. 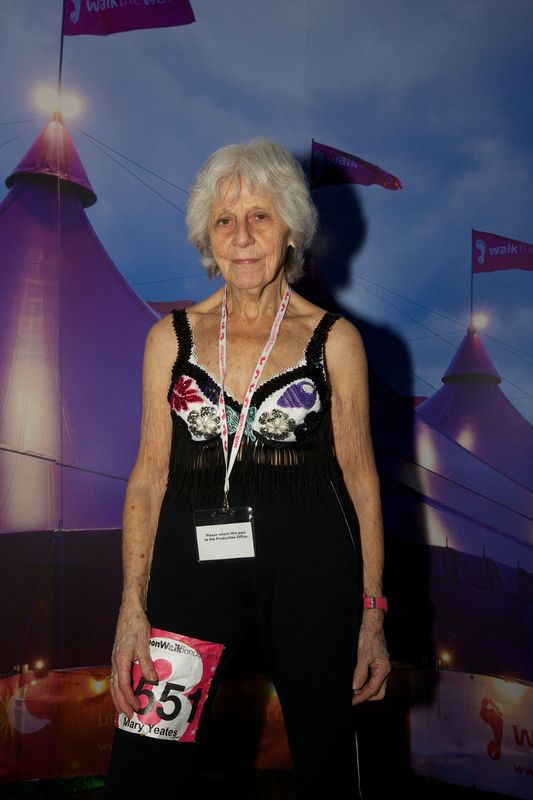 There was great grand ma whose exclusive interview goes into the C.Hub magazine print. She is 82 and has done the full moon for 11 times and she wants to carry on doing that. And I was glad that I made it there too.