Slow Wine by the new face of Afrobeat King David the great. 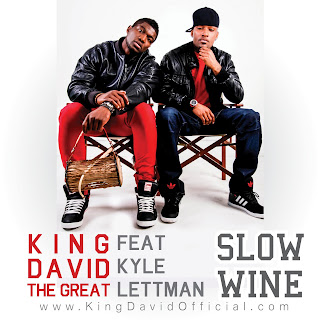 "SLOW WINE "is a collective infusion of Authentic AFRICAN sounds merged with a CARIBBEAN twang! It illuminates the Robust Musical Talent, of Both King David the Great and Kyle Lettman (former FDM’03 band member). The song is 3 minutes and 30 seconds of “pure Bliss to the eardrums”, and “Explosive gyration to the Rhythmic Waist Line!” It gives listeners no other option than to obey the Lyrics of the song and "SLOW WINE" 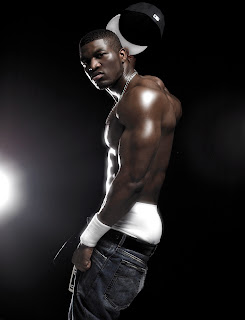 David Agboola known popularly as King David the great his performing name, is the next Afrobeat to watch out for. The ladies man will be hitting the airwaves this summer with his latest single ‘Slow Wine’ from next week on Choice FM and Radio one.
King David has been dubbed the ladies man due to his hypnotic voice, smooth sound and a body that continues to mesmerise his female fans.


Growing up.
This multi talented with Nigerian descent has been prominent with sports, acting and music as a child. He began playing musical instruments for his church choir at a very young age and by the age of 10 had already been known and loved by all for his talent and unique performance as an instrumentalist a role that now seemed as what paved way to his musical path now.

Influences.
King D has always been influenced by the likes of Fela Kuti, Sunny Ade, Majak Fashek and Bob Marley . As he grew up, his ears began to sway to the listening pleasure of  2Pac, Biggie Smalls, Brian McKnight, Marvin Gay, and R Kelly.  Using his unique talent, King D brings the love for both different sounds and style together, he went on to create a unique Identifiable sound of his own. Weaving together the sounds of Africa with that of contemporary Hip Hop beats and Pop sounds.

Stardom.
King D, popularity began to soar as when at the age of 14 he was performing for churches all over  the city of London and later landing himself a spot to perform for the Choice FM jam showcase performing alongside Omarion, Estelle and Chingy.  Since then, King D has gone on to perform with and as supporting star with major global names including; Lemar, Ciara and 50 Cent. He has also collaborated with the likes of Mike Jones, Twista, Akon and 2 Face Idibia.


King David the great has proven himself as a world class artist with his electrifying stage presence, contagious sounds, smooth voice and a body to die for. Building himself an untamed and strong fanbase in  UK,Nigeria, east Africa and set to break the USA. Read More 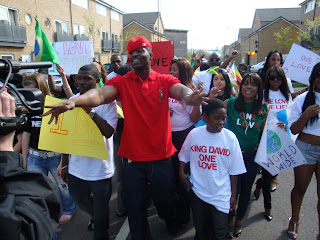