Neleen Strauss award winner at Women4Africa on how she became the most successful African woman in London and starting High timber restaurant. 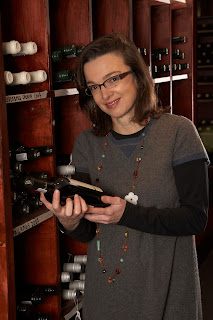 It wasn't a typical London weather. The day was bright not too sunny and wasn't windy or rainy as well. A perfect day to meet the warm hearted woman behind High Timber Restaurant - the only restaurant in London city with tables on the banks of the thames. Just at the heart of the city , a brief walk from St Paul's Cathedral and London stock exchange.
As we approached from the North side of the millennium bridge, we could already sight Neleen casually dressed, relaxed and cheerful. Just at the entrance, she reaches out to welcome us with a big warm smile and a handshake.  The entire setting and surrounding of the restaurant betrays they owner's simplicity, charm and sense of a tastefully high standards. A scene that says 'all is welcomed'. But on the other hand you are first going to be intimidated except you have the brave shoulders and taste for good things. No wonder the big shots of the city have spotted high timber as the perfect hide away from all of it in the city hassles.
In our chat with her, Neleen speaks of her starting the restaurant business, being a white African woman, her love for Africa, her winning all sorts of awards, the need for Africa to rise on her feet, her advice to the African woman and how above all she stays sure footed in a male dominated business. 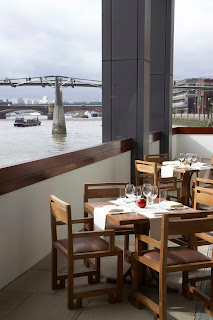 On starting High Timber restaurant and staying successful and pulling in the top notch of the city.

Its barely 5 years since the doors of High Timber was opened for business but today, Neleen has become one of the most successful restaurant managers in London and has turned it into a global sensation, having survived two major recessions.
How do you do it?
Simple. I stay honest and put in a whole lot of my time on it. I recognise who I am and stay firm on what I believe in. Being a female in a male dominated business does not mean anything to me. It's just like white and black. I don't see the difference. Maybe because I went to an all girls school.
Are you a strong person?
Yes. I never give up.


'She is obviously hands on wearing a pair of blue jeans a simple shirt and a white hand towel on her back pocket. Yes, its easier for me to be casual and on jeans while working, I can wipe my hands on them. She excuses herself going back and forth to check on the excavation going on at the basement'. 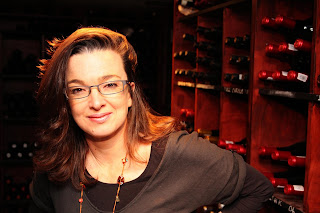 Aside from me, I have a very good manager who is hands on too. She pulls everything together. She is awesome she says. I also recruit my staff based on good looks and skills. They have to be looking good and is vast in knowledge, should know beyond being a waiter or waitress. But my cook has to know his skill because good looks is not going to make you a good soup. (laughing). Also I make sure the understand more about Africa and they have to be interested to know about Africa.
Do you have a background in restaurant business?
I studied drama and acting while in the university though I was a waitress in Johannesburg while studying.
What makes High Timber different from the lot?
Like I said we do our business based on honesty and specialising on what we know best. We deal specifically on South African wine.
What is in South African wine that makes it a world class?
I think the guys that do it have put in a lot of effort. Its still a few supplies in the world but I think they've done so well.
How expensive is it to dine here?
It's not that expensive. It all depends on how much you want to spend. It's still based on African concept.  I believe if you have something to celebrate go ahead and do it, if you have something to break, break it, not everyone's got it.
Who is your most famous customer?
Our most famous customer is certainly not Oprah Winfrey. I served her once in Johannesburg. We've had Patricia Atkinson, Matthew Johnson - Englands Rugby winning champion.  We get a lot of lawyers, politicians and we've had the England most famous Opera singer - Brent * here as well.
And they just walk in, sit down and place their orders?
Yes. We're always cheerful and courteous to our customers. There's this man he has always come here and we didn't know who was until one day he gave his business card to another customer and he was the chief of the chief of banks.
If you were Black skinned African, do you think you would have been this successful in the business?
Maybe no. Because I'm white, I relate better with the whites and because I am African and grew up as one I am able to relate with the Blacks too so yeah I think that's a plus. You know sometimes the white racists get caught up with me when they say things they may not have said before a Black Africa. There was this woman she came here and was enjoying her wine. As soon as she knew it was a South African wine, she went aaarrrggghhh! I gently said what is it? She went oh! so I have been taking a drink from Africa? I said what was wrong with that, she said Africa is filth. Then I lost my cool and asked her to leave my restaurant immediately of course after paying for her meal. I don't tolerate people insulting my homeland. You could feel what you want but you don't say such things before me.

Neleen on racism, apartheid, slavery, colonialism and Africa's stand in the world. How do you feel with the constant bombardment of negative media coverage on Africa?
I hate it. But Africa has to start doing something for her self . There's not a single country in Africa that is 100% reliant on another country. Africa has everything , enough to feed the rest of the world . Yes apartheid left a horrible legacy of all behind but we must stop blaming apartheid, we must stand on our feet. And yes we can blame colonialism for the tribes fighting each other but its over now. We must stop whining and move on. We have to get the corrupt leaders back on their backs . They don't look after they people that voted them.
If you are made the leader of Africa today what will be your priority?
Education. If you can read and write, you've got the whole world on your palm. But if you can't, people can tell you anything and you believe it. If you have quality education, you can take on the corrupt leaders.
How important is it for you to promote Africa?
Its very important for me.I am an African . I might not be as dark as other Africans but my parents are Africans and I grew up on African soil. I may have all the passports in the world but I remain an African. It annoys me when people think Africa is a dark hole. Someone once said, I envy those that haven't been to Africa because they have a lot to look forward to. And its a fact. 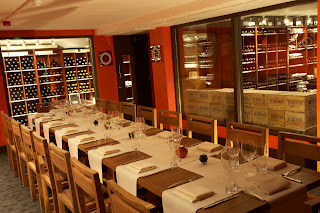 Neleen on relaxing, fashion, life and what's next.

Do you relax at all?
I rarely do. I never truly switch off.
What else do you do if at all you have a spare time?
I travel a lot. I love to go to Verona. There's a restaurant there that I fall in love with. I love New York and make no mistake and London too.
Ok between New York and London which comes first?
Of course London is a home.
Do you read and what do you read about?
I read a lot of business when am on the internet and I listen to Sky news a lot to get updates Africa if it's not too depressing.
Do you write as well?
Yes I do but not for anyone to see it (Laughing)
Why?
I mean I have had some published works but not that I'm that good.
What does fashion mean to you?
A lot. I love dressing up when i go to the theatre. The most important factor is it must feel good on the body. I love to smell good.
Who is your favourite designer?
Armani. I love Armani clothing.
Will you do it again, that is another restaurant?
Yes.  It's nice when the economy is good we are happy.  This is the only business that you advertise your product, the customer makes his choice, you make the product, and get paid for it, all in 2 hours and you make a friend. If restaurant business goes right, it feels good.
So yes, we may go to New York. They must all represent the good side of Africa.
What's your mantra?
what you give out is what you get back. What you put in is what you get out. Be good to others and they be good to you. And this applies in all aspect of life. 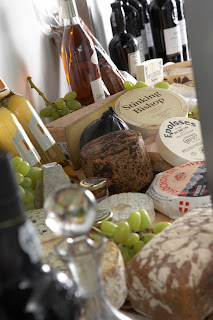 Neleen on the African woman.

You are beautiful and special. Believe in yourself and don't let anyone put you down. Don't take rubbish from overbearing African men. Stand up for yourself. You are the one who bears the children, and raise them up, ... You know no one quite understands the African woman.  She is not like a Norwegian woman that goes off in to work and comes back in. The African woman keeps everything together . They are just fantastic. They have the sun in their eyes and in their heart. Soft at heart.The African woman is like an elephant trampling over a match patch in the mud, when the sun comes out, the mattress dries up and it comes back clean. African woman is the best.

High Timber offers also space for private dining and meetings for organisations and individuals who want some privacy.
To experience the simple yet luxury feel of High Timber Restaurant visit the web site here.