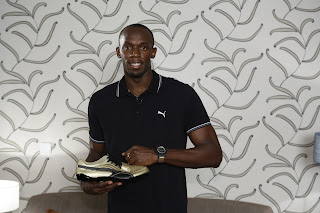 The aptly named King Power Usain Bolt that is the watch now dedicated to the fatest man on earth.  More to the references to his name is this watch specially made in his name, made with the same leather as his running boots which he used to break the world record at the 2008 Beijing the most remarkable hallmark. 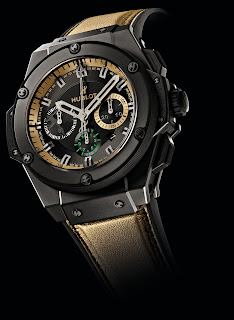 Usain "Lightning" Bolt, the world's fastest man, now has a Swiss watch named in honour of him and featuring his image. Hublot, for whom he is an ambassador, has developed this special model in close consultation with the champion, to mark this monumental year in sport. A truly multifaceted symbol.
"It's perfectly natural to be associated with the fastest man, not just on the planet, but the fastest since the Big Bang" declared Jean-Claude Biver, Chairman of Hublot.
Posted by Unknown at 03:49