Top Model of Colour season 7 the finale; all you need to know. 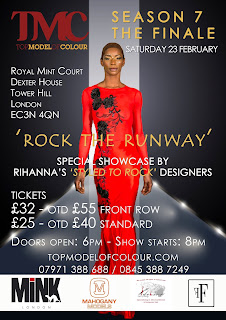 About TMC:
Top model of Colour is the number one modelling competition for models of Colour in the world. Male and female models of ethnic minority - Asian, African, Caribbean, Hispanic, Oriental and models of mix heritage are give the opportunity to live their dreams as professional models.
Now in its season 7 and have continued to inject Colour into the mainstream fashion. The regional competition attracted over 3500 models from across the country  aged between 18 to 30 years and only 100 models made it through to the regional heat. And later streamlined down to only 29  strong beautiful models making it to the regional finale which took place earlier last month. The race is still not over as it gets to its final lap only 19 models have what it takes to reach the SEASON 7 GRAND FINALE.

2.For the first time ever, there will be a special award for the top commercial model in the competition. However, there will still be only one contestant to be crowned TMC season 7 winner.

3.The phenomenal Rhianna's 'Styled To Rock' designers will be showcasing at the aptly themed 'Rock The Runway' finale

4. And again just for you there will be  prize for the best dressed member of the audience at the fantastic 'Catwalkbwalk off' that will be open to audience members to compete in.

There are so much to get down to with this season 7 TMC finale come 23rd of February 2013 enough for you to look forward to... 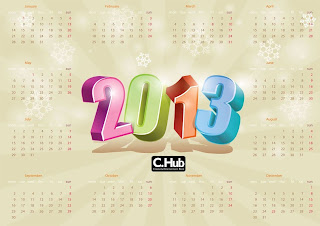